This week, as usual, we share personal and comic book news. But this week we review Ghost Rider: Spirit of Vengeance and prepare the way for X-Men vs. Avengers. 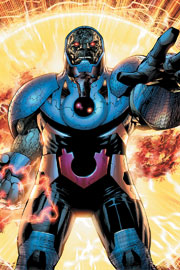 Written by GEOFF JOHNS; Art and cover by JIM LEE and SCOTT WILLIAMS; 1:25 Variant cover by ADAM HUGHES; 1:200 B&W Variant cover by JIM LEE. The Justice League is united at last against Darkseid! The awesome consequences of this high-stakes battle will resonate within the series for years to come! Geoff Johns and Jim Lee end their historic first arc with a bang!

5) Contact Information: Email us at completelycomics@gmail.com or search Completely Comics on Facebook. Or leave a voicemail at 641.715.3900 and enter extension 694617#