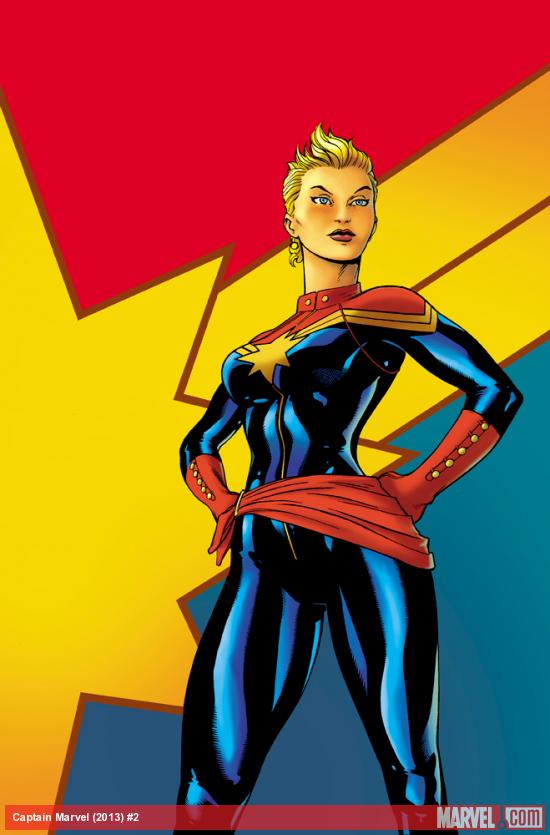 Lots of WonderCon news:
Dark Horse motion comics will be hosted on Felicia Day’s “Geek and Sundry” You Tube channel.  http://www.youtube.com/user/geekandsundry
Carol Danvers (formerly Ms. Marvel) will be taking up the mantle of Captain Marvel in a new ongoing series.
X-Treme X-Men will be a new alternate reality X-Men series.
Marvel will be taking Frank Castle where no Punisher has gone before in Space: Punisher. (No, I’m not kidding.)

A preview of the adaptation of The Girl With the Dragon Tattoo will mark Vertigo Comics’ first tie-in with Free Comic Book Day.

Mark Waid and Chris Samnee will be bringing us the Rocketeer.

Lobo will return soon, in the pages of Deathstroke.

Saint Walker and Thanagarians will appear on Green Lantern: The Animated Series.

Young Justice: Invasion will be a long storyline with up to as many 9 different alien races involved.  Also: Lobo will appear.  Blue Beetle and Lagoon Boy will appear in YJ’s second season.  Young Justice is introducing 62 new characters in Season Two.  Also, the Justice League won’t be able to help Young Justice as much in season two. 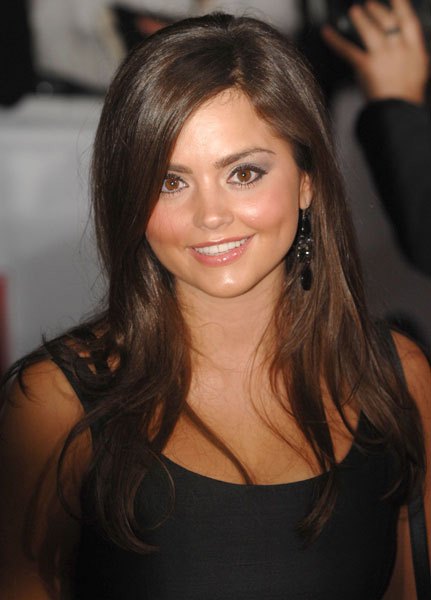 New actress announced to be playing the new companion on Doctor Who.  Jenna-Louise Coleman.  She will be playing an alien companion, whereas most of the Doctor’s usual companions come from Earth.  Her first episode will be this year’s Christmas episode.

4) Resource Review – DC Universe Online Club  is a great place to find people playing DCU Online and and awesome place for Tips and Tricks. Find it at http://www.evga.com/forums/tm.aspx?m=1328593&mpage=1 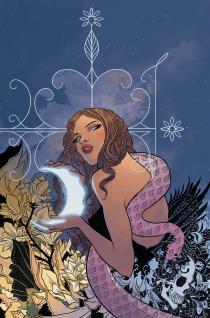 DOMINIQUE LAVEAU: VOODOO CHILD #1 is the story of a half-breed, outcast and heir to the Voodoo Queenship of New Orleans, if she can live long enough to claim her birthright. New Orleans is the most haunted city in America: a town of centuries-old ghosts and newly drowned spirits; where vampires, voodoo spirits and loups-garous make their home. Ruling over this all are the powerful Voodoo Queens, whose influence stretches into politics, business and crime as they maintain a delicate balance between the mortal and supernatural worlds.But in the aftermath of Katrina, all that has changed, for someone or something has murdered the Voodoo Queen and most of her court. The number one suspect is Dominique Laveau, a grad student at Tulane who is about to discover that her entire life has been a lie. Now Dominique must forge alliances with those out to kill her while seeking to uncover the truth behind the royal murders, as she is ultimately forced to deal with a destiny she could never have imagined. Voodoo Child is a new monthly series written by Selwyn Seyfu Hinds, former editor-in-chief of The Source magazine, award-winning author, journalist and TV producer, with art by Milestone Media co-founder Denys Cowan (THE QUESTION). 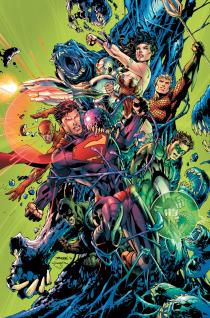 Now that the team’s origin story is complete, starting with this issue we shift to the present-day Justice League! What has changed? Who has joined the team since? Featuring artwork by Gene Ha, the story also reintroduces the team’s greatest champion: Steve Trevor!Also starting in this issue: “The Curse of Shazam!” featuring a story by Geoff Johns and art by Gary Frank! Discover Billy Batson’s place in DC Comics – The New 52 as we reveal his all-new origin story!
Written by: Geoff Johns

6) Wiki of the Week: Spider-man’s webshooters. Information taken from http://en.wikipedia.org/wiki/Spider-Man%27s_powers_and_equipment. 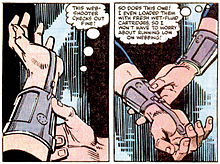 Spider-Man’s web-shooters, from The Amazing Spider-Man#259. Art by Ron Frenz

Webshooters from The Amazing Spider-man 2012 movie.

Emma Stone revealed that in the The Amazing Spider-Man, (2012) Peter Parker will be inventing and shooting webs from web-shooters instead of organic webbing in the previous films. The second trailer shows they will be more high-tech than most versions.

When Stan Lee created Spider-Man he did not want Spider-Man to be too powerful. due to his super-abilities and he made his webbing a result of his human intellect rather than his spider bite. This has remained true with the exception of his original black costume  and during the recent ‘Disassembled’ storyline.

In his origin story, Peter reasoned that a spider (even a human one) needed a web. Since the radioactive spider-bite did not initially grant him the power to spin webs, he had instead found a way to produce them artificially. The wrist-mounted devices fire an adhesive “webbing” (see below) through a threaded adjustable nozzle. The trigger rests high in the palm and requires a double tap from the middle two fingers to activate, eliminating the chance of accidental discharge when forming a fist.[56] To accomplish this his hands are often in a distinctive hand position when he fires them (resembling the sign for “I love you” in American Sign Language, reverting someone giving you the “Evil Eye” in Italian superstition or the horned hand heavy-metal gesture). In order to fire the webbing, Spider-Man’s fingers must hit the sensor precisely.

Spider-Man must steadily replenish his webbing supply, reloading his web-shooters with small cartridges of web fluid, which is stored under high pressure. In early stories, he carries his extra supplies in a utility belt worn under his costume.[57] Later on, he equips the web-shooters with a bracelet-like carousel that automatically rotates a new cartridge into position as he empties them. When in use, a steel nipple in the carousel pierces the seal of the cartridge, and allows the fluid to travel through an air-tight channel toward the nozzle. Pressing down on the palm-trigger of the web-shooter causes the valve in the nozzle to open wider, expelling the fluid out. Releasing the trigger causes the valves to close, cutting off the web-line or fluid. If Spider-Man creates any variation to his normal web formula that’s too strong for the pinch valves to sever, he might end up being tangled up or tied to the object he attached his web to. This has happened on more than one occasion. His web-shooters require constant maintenance and on more than one occasion suffer jams or malfunctions.