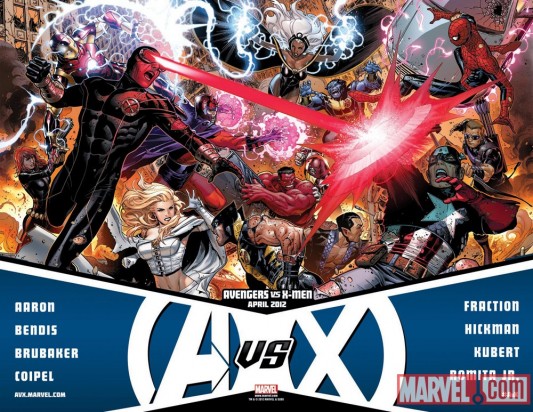 The Hunger Games, The Louisville Zoo, and Avengers vs X-Men are all discussed on this Spring Break Episode!

1) Update with the guys
NCAA Basketball: UK is #1
Spring Break: The Hunger Games and The Louisville Zoo 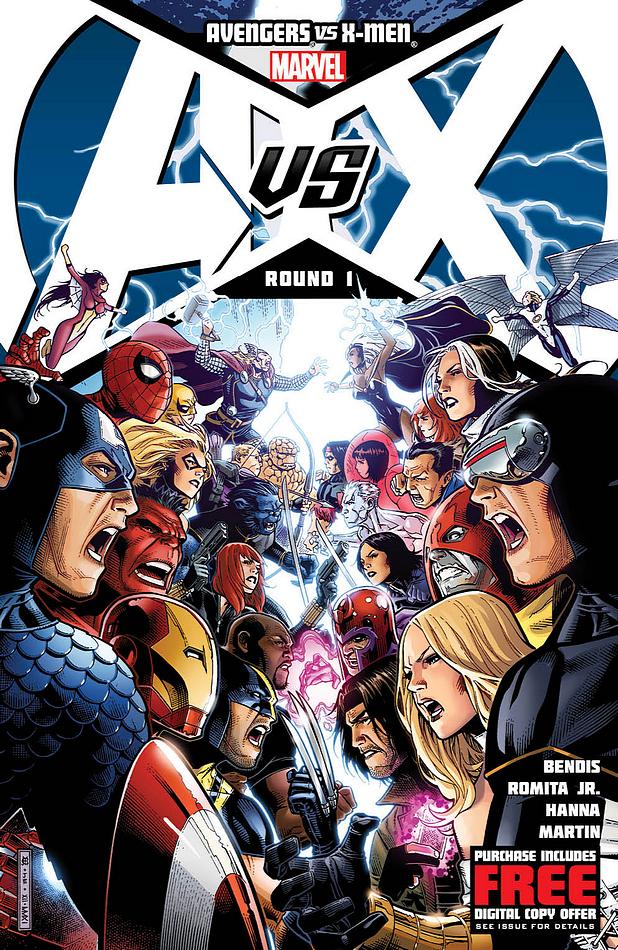 • John Romita Jr. (A)
Cover By Jim Cheung
Variant Covers By Ryan Stegman & John Romita Jr.
Blank Variant Also Available
• It’s No Longer Coming—It’s Here!
• Does The Return Of The Phoenix To Earth Signal The Rebirth Of The Mutant Species? That’s What The X-Men Believe!
• Unfortunately, The Avengers Are Convinced That Its Coming Will Mean The End Of All Life On Earth!
• The Stage Is Set For The Ultimate Marvel Showdown In This Oversized First Issue!
40 Pgs./Rated T+ …$3.99

The Scarlet Witch possesses the mutant power of affecting probability fields. By a combination of gestures and mental concentration, she creates a hex-sphere, a finite pocket of reality-disrupting quasi-psionic force, which upon reaching its intended target, causes disturbance in the molecular-level probability field surrounding the target. Thus, unlikely phenomena will occur. Among the many phenomena she is able to cause are: the sudden melting of gun barrels, the spontaneous combustion of any flammable object, the rapid rust or decay of various organic and inorganic materials, the poltergeist-like deflection of an object in flight, the sudden evacuation of air from a given volume, the disruption of energy transmissions and fields, and so on. These phenomena occur practically instantaneously after the completion of her hex. Her range of hex-casting is limited by her line of sight. (She cannot watch a live television broadcast and cause a hex-phenomenon to occur at its point of origin.) Scarlet Witch’s hex-casting ability had a 20% unreliable factor and she is limited in the range of sight, although she has been able to overcome the latter limitation on occasion via extreme concentration and sorcerous enchantment.

Wanda is also a living focal point for the earth’s magic. Her sorcerous training with Agatha Harkness is separate from her mutant ability of probability (science). But the mixture of the two makes her considerably more powerful than just using her probability powers. She has a special affinity for the natural elements and materials that true witches utilize in their spells: the four alchemical elements, wood, organic substances, etc. The reliability factor of her hex-casting ability is also limited by her physical condition: when well rested, in good health and mentally and emotionally alert Scarlet Witch can cast numerous hex-spheres in rapid succession and attain desirable results for almost an hour. However, certain events in House of M, have shown that her limits may have been removed altogether. And her powers actually evolved, giving her the mutant ability to alter reality on a vast scale by way of magic

In the House of M storyline, Wanda showed that she could fly, transform people and matter, fire powerful beams of magic, and disable other mutants abilities. She could also bring the dead back to life. And while it appears that Scarlet Witch may have depowered herself, an incident with Hawkeye shows that she may have in fact retained her reality altering powers. Another hint of this, is that Wanda is 1/3 the earth’s High Priestess, As seen in tarot cards. Showing that there is still hope for her after all.